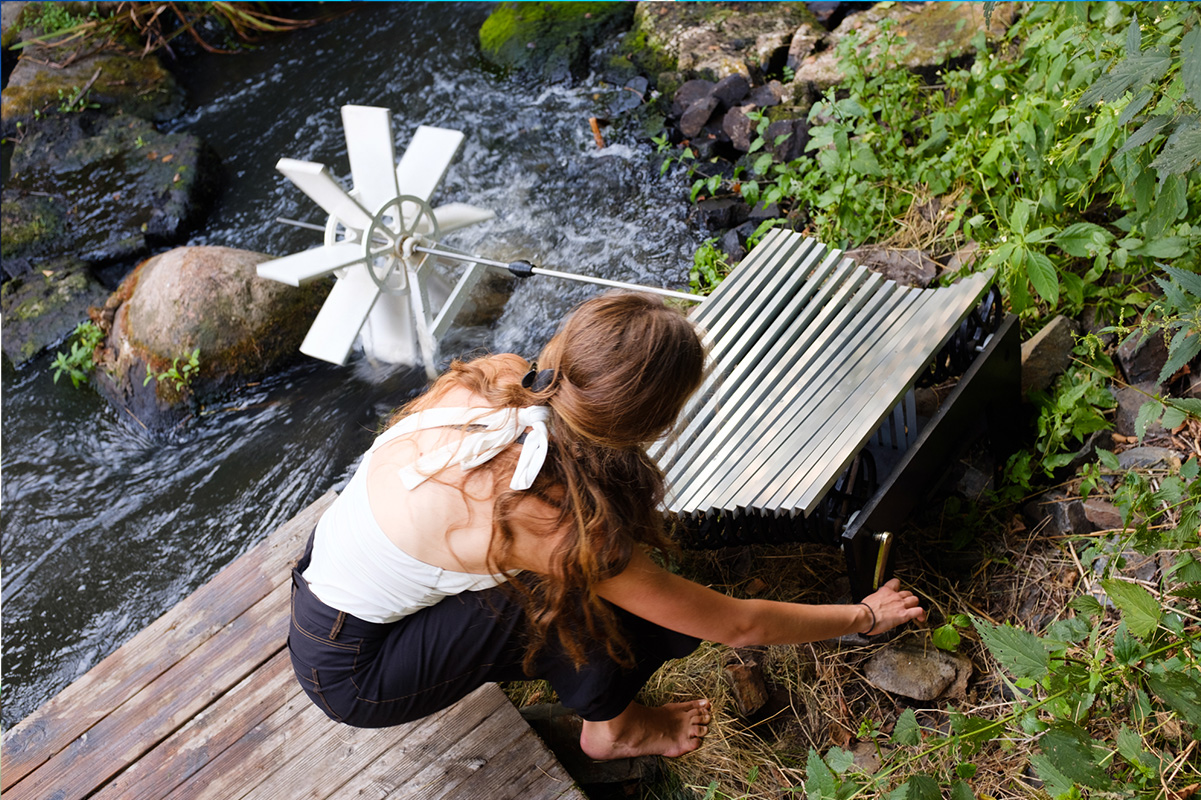 "Riverplay" is a kinetic artwork created for the Art Biesenthal 2020
The more we resonate with the world surrounding us the better we feel connected with it and ourselves. We find ways to understand it, respect and protect it.The kinetic movement was invented by the great rtisspecial thanks fficialauthorisation for this non commercial project.

The term resonance is taken from physics to describe a subject–object relationship as a vibrating system in which both sides mutually stimulate each other. In contrast to the physical meaning of the word, however, here they do not merely return the received sound, but speak „with their own voice“. The subjects‘ relational abilities and their intersubjective structures are constituted by such resonance experiences or their absence. This is made clear by the primary relationship of the newborn to its reference person, by whose reception or rejection of interactions the fundamental relationship patterns develop. With the concept of resonance used in this way, an attempt is made to find a way of approaching the question of successful relations between subject and world in the sense of „good life“ as free as possible from cultural evaluations and assumptions. - Brumlik, Micha in Resonanz oder: Das Ende der kritischen Theorie